We have launched the new Spitzer website! Send feedback to outreach@ipac.caltech.edu. Find the old website at http://legacy.spitzer.caltech.edu.
NASA
Jet Propulsion Laboratory
California Institute of Technology
The Coronet Cluster in X-Ray and Infrared 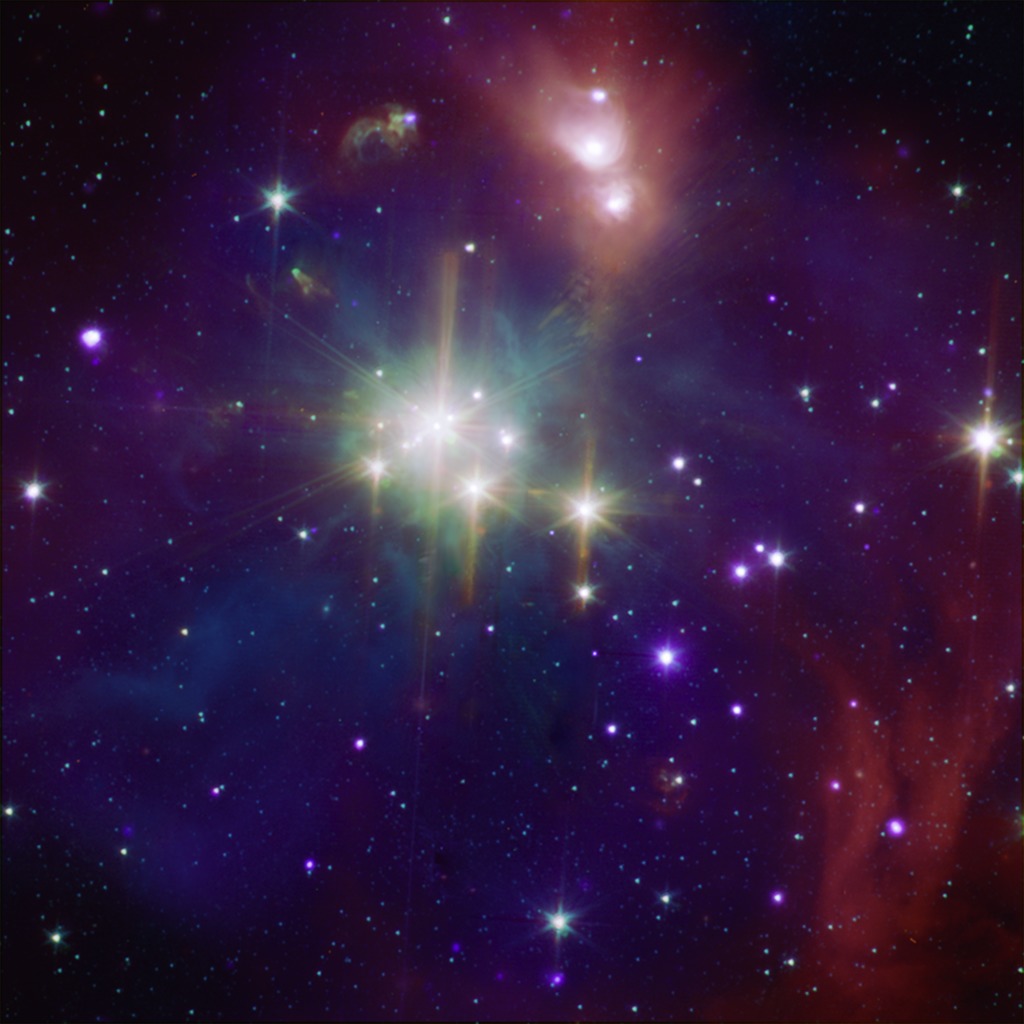 While perhaps not quite as well known as its star-formation cousin Orion, the Corona Australis region (containing, at its heart, the Coronet cluster) is one of the nearest and most active regions of ongoing star formation. At only about 420 light-years away, the Coronet is over three times closer than the Orion nebula is to Earth. The Coronet contains a loose cluster of a few dozen young stars with a wide range of masses and at various stages of evolution, giving astronomers an opportunity to observe embryonic stars simultaneously in several wavelengths.

This composite image shows the Coronet in X-rays from Chandra (purple) and infrared from Spitzer (orange, green, and cyan). The Spitzer image shows young stars plus diffuse emission from dust. Due to the host of young stars in different life stages in the Coronet, astronomers can use these data to pinpoint details of how the youngest stars evolve.