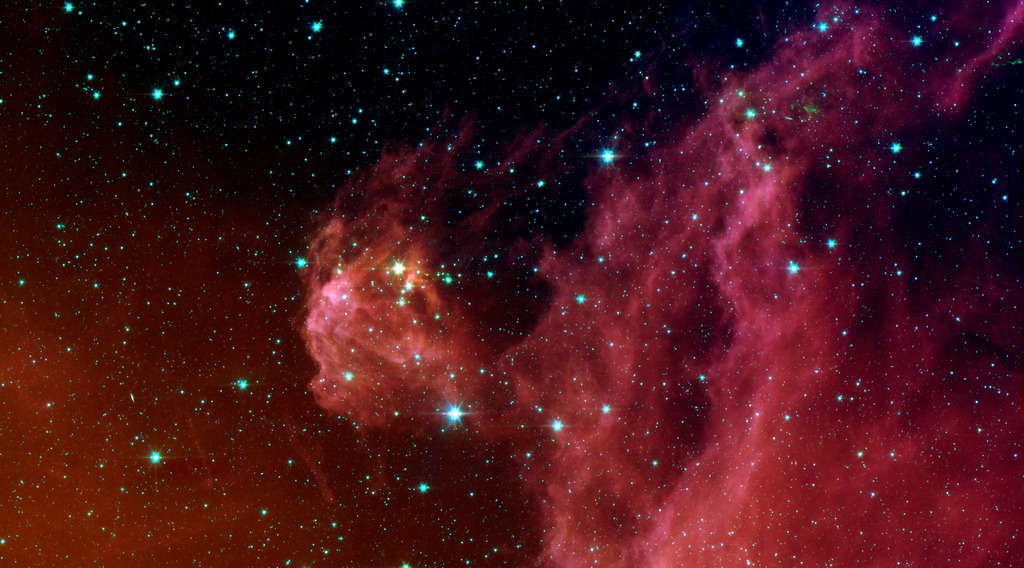 This image from NASA's Spitzer Space Telescope shows infant stars "hatching" in the head of the hunter constellation, Orion. Astronomers suspect that shockwaves from a supernova explosion in Orion's head, nearly three million years ago, may have initiated this newfound birth.

The region featured in this Spitzer image is called Barnard 30. It is located approximately 1,300 light-years away and sits on the right side of Orion's head, just north of the massive star Lambda Orionis.

Wisps of red in the cloud are organic molecules called polycyclic aromatic hydrocarbons (PAHs). PAHs are formed anytime carbon-based materials are burned incompletely. On Earth, they can be found in the sooty exhaust from automobile and airplane engines. They also coat the grills where charcoal-broiled meats are cooked.

This image shows infrared light captured by Spitzer's infrared array camera. Light with wavelengths of 8 and 5.8 microns (red and orange) comes mainly from dust that has been heated by starlight. Light of 4.5 microns (green) shows hot gas and dust; and light of 3.6 microns (blue) is from starlight.