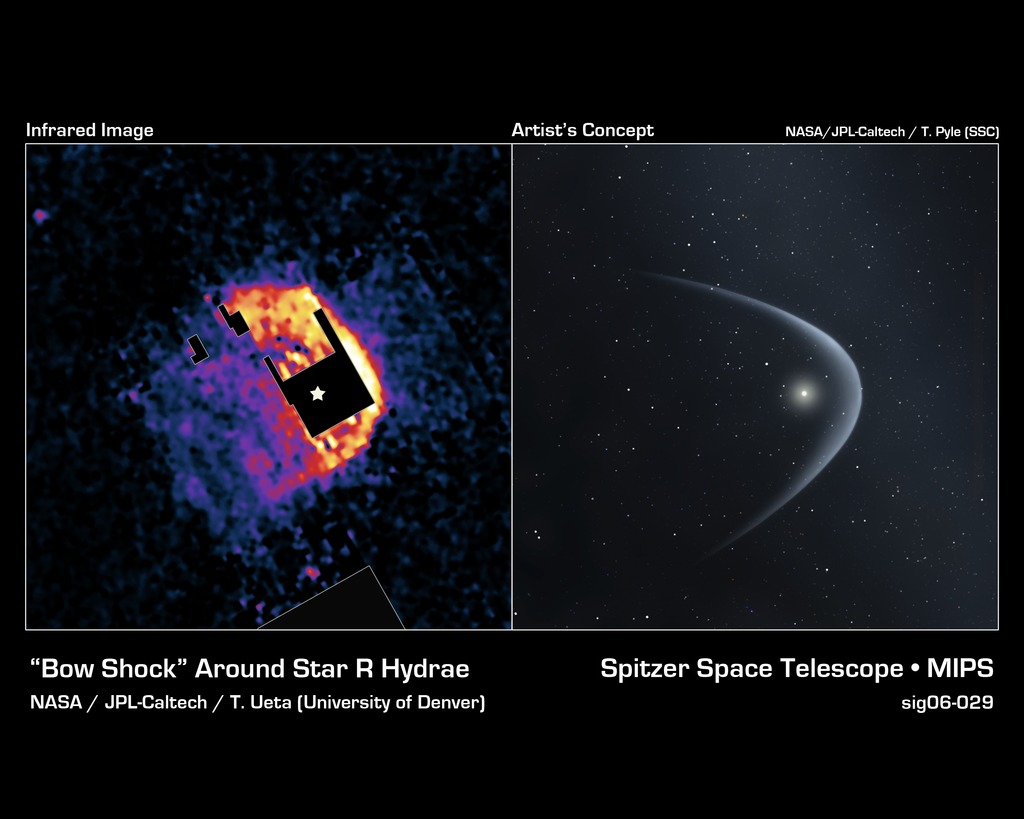 This image from the Spitzer Space Telescope (left panel) shows the "bow shock" of a dying star named R Hydrae (R Hya) in the constellation Hydra.

Bow shocks are formed where the stellar wind from a star are pushed into a bow shape (illustration, right panel) as the star plunges through the gas and dust between stars. Our own Sun has a bow shock, but prior to this image one had never been observed around this particular class of red giant star.

R Hya moves through space at approximately 50 kilometers per second. As it does so, it discharges dust and gas into space. Because the star is relatively cool, that ejecta quickly assumes a solid state and collides with the interstellar medium. The resulting dusty nebula is invisible to the naked eye but can be detected using an infrared telescope.

The false-color Spitzer image shows infrared emissions at 70 microns. Brighter colors represent greater intensities of infrared light at that wavelength. The location of the star itself is drawn onto the picture in the black "unobserved" region in the center.