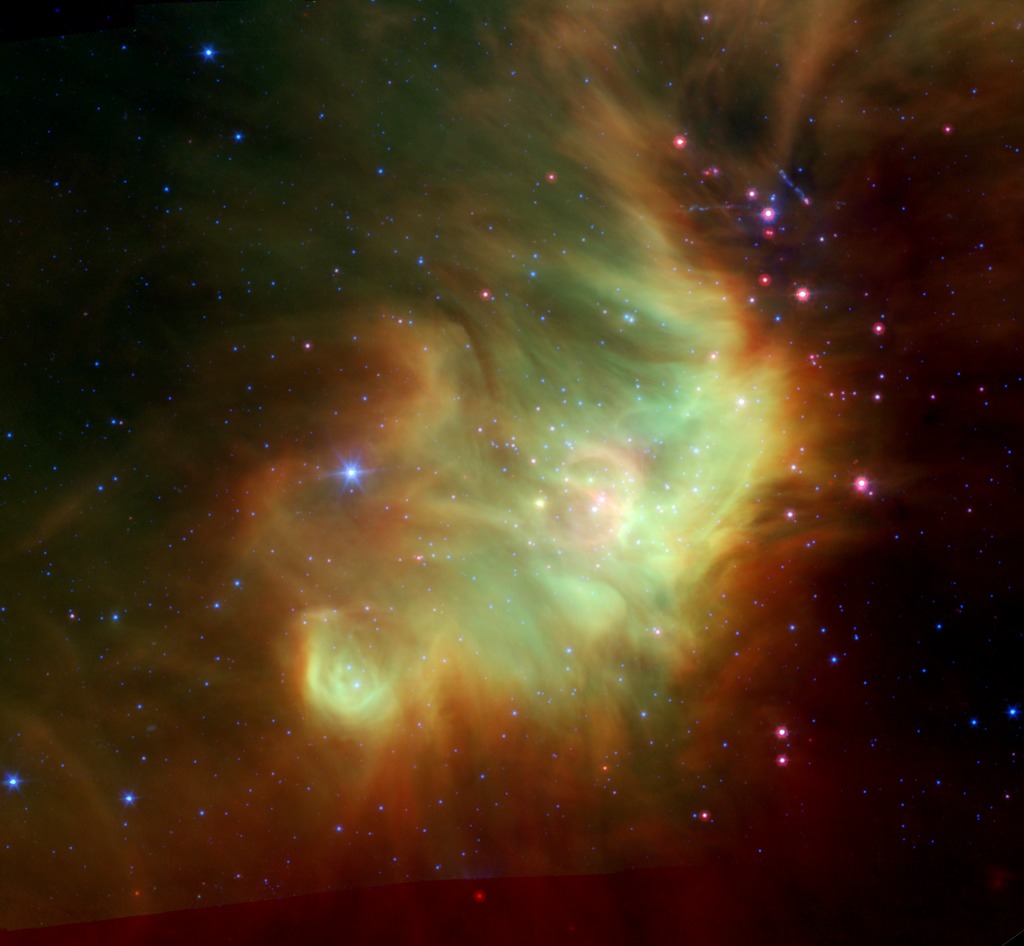 Baby stars are forming near the eastern rim of the cosmic cloud Perseus, in this infrared image from NASA's Spitzer Space Telescope.

The baby stars are approximately three million years old and are shown as reddish-pink dots to the right of the image. The pinkish color indicates that these infant stars are still shrouded by the cosmic dust and gas that collapsed to form them. These stars are part of the IC348 star cluster, which consists of over 300 known member stars.

The Perseus Nebula can be seen as the large green cloud at the center of the image. Wisps of green are organic molecules called Polycyclic Aromatic Hydrocarbons (PAHs) that have been illuminated by the nearby star formation. Meanwhile, wisps of orange-red are dust particles warmed by the newly forming stars. The Perseus Nebula is located about 1,043 light-years away in the Perseus constellation.