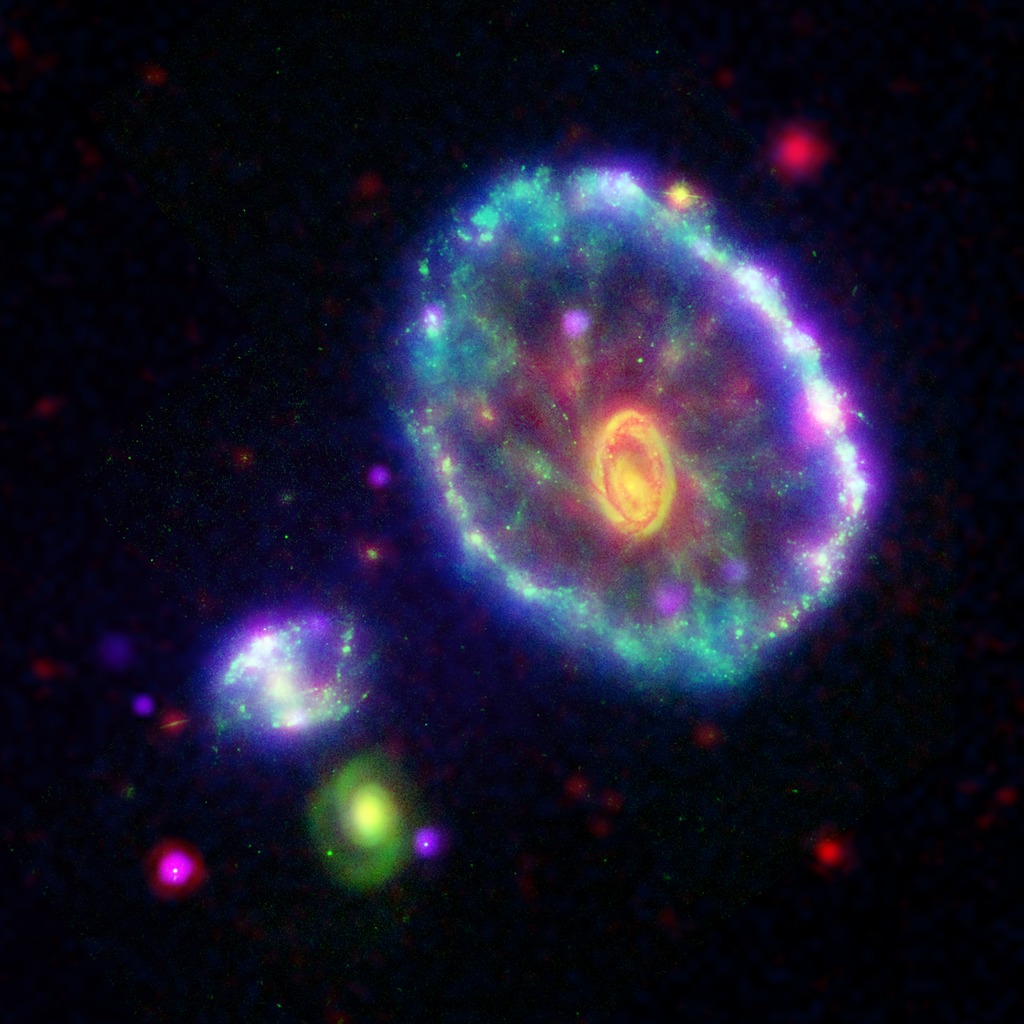 Approximately 100 million years ago, a smaller galaxy plunged through the heart of Cartwheel galaxy, creating ripples of brief star formation. In this image, the first ripple appears as an ultraviolet-bright blue outer ring. The blue outer ring is so powerful in the GALEX observations that it indicates the Cartwheel is one of the most powerful UV-emitting galaxies in the nearby universe. The blue color reveals to astronomers that associations of stars 5 to 20 times as massive as our sun are forming in this region. The clumps of pink along the outer blue ring are regions where both X-rays and UV radiation are superimposed in the image. These X-ray point sources are very likely collections of binary star systems containing a blackhole (called Massive X-ray Binary Systems). The X-ray sources seem to cluster around optical/UV bright supermassive star clusters.

The yellow-orange inner ring and nucleus at the center of the galaxy result from the combination of visible and infrared light, which is stronger towards the center. This region of the galaxy represents the second ripple, or ring wave, created in the collision, but has much less star for mation activity than the first (outer) ring wave. The wisps of red spread throughout the interior of the galaxy are organic molecules that have been illuminated by nearby low-level star formation. Meanwhile, the tints of green are less massive, older visible light stars.

Although astronomers have not identified exactly which galaxy collided with the Cartwheel, two of three candidate galaxies can be seen in this image to the bottom left of the ring, one as a neon blob and the other as a green spiral.

Previously, scientists believed the ring marked the outermost edge of the galaxy, but the latest GALEX observations detect a faint disk, not visible in this image, that extends to twice the diameter of the ring.