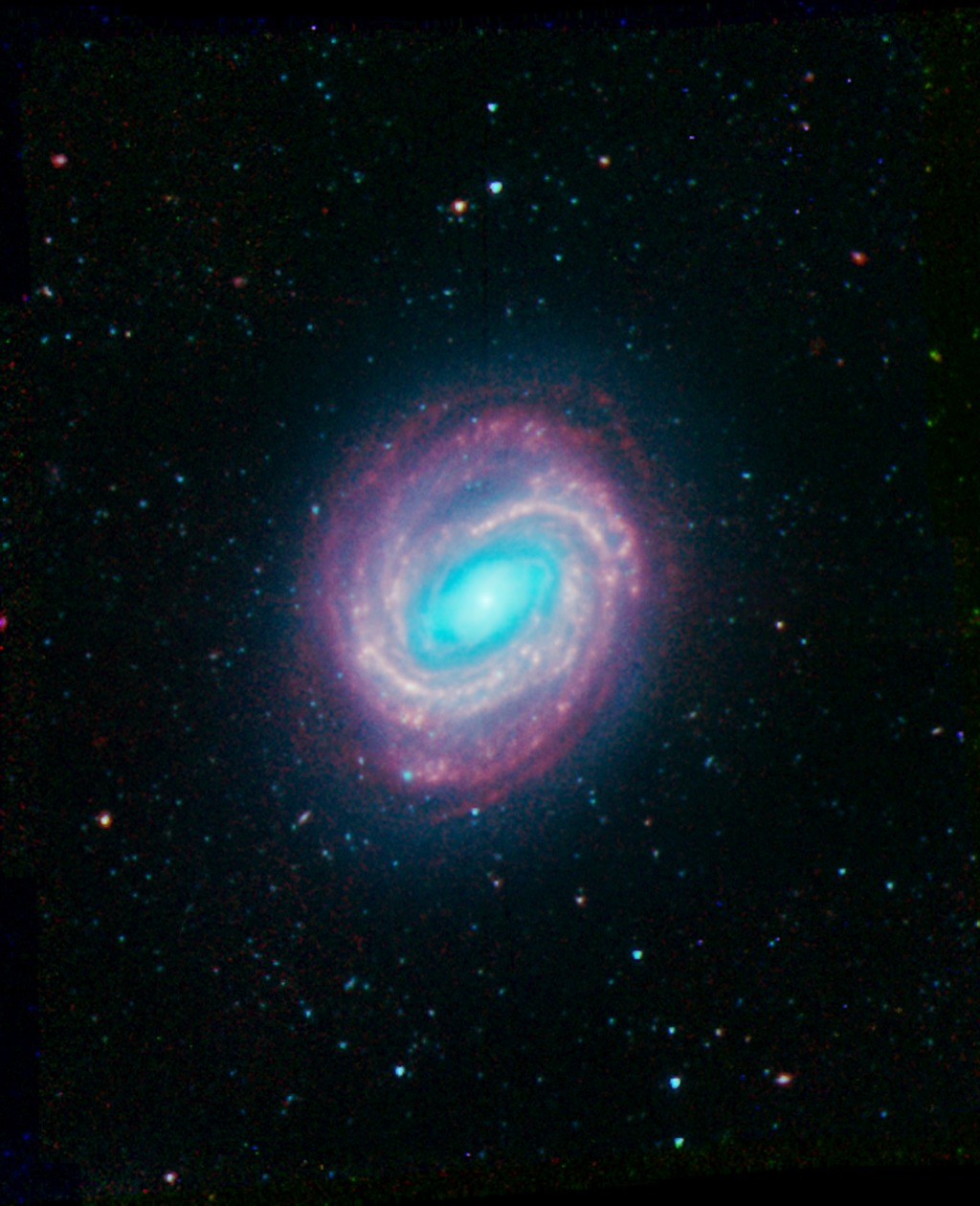 Galaxy NGC 4579 was captured by the Spitzer Infrared Nearby Galaxy Survey (SINGS) Legacy Project using the Spitzer Space Telescope's Infrared Array Camera (IRAC). In this image, the red structures are areas where gas and dust are thought to be forming new stars, while the blue light comes from mature stars.

This SINGS image is a four-channel composite, where blue indicates emission at 3.6 microns, green corresponds to 4.5 microns, and red to 5.8 and 8.0 microns. The contribution from starlight (measured at 3.6 microns) in this picture has been subtracted from the 5.8 and 8 micron images to enhance the visibility of the dust features.