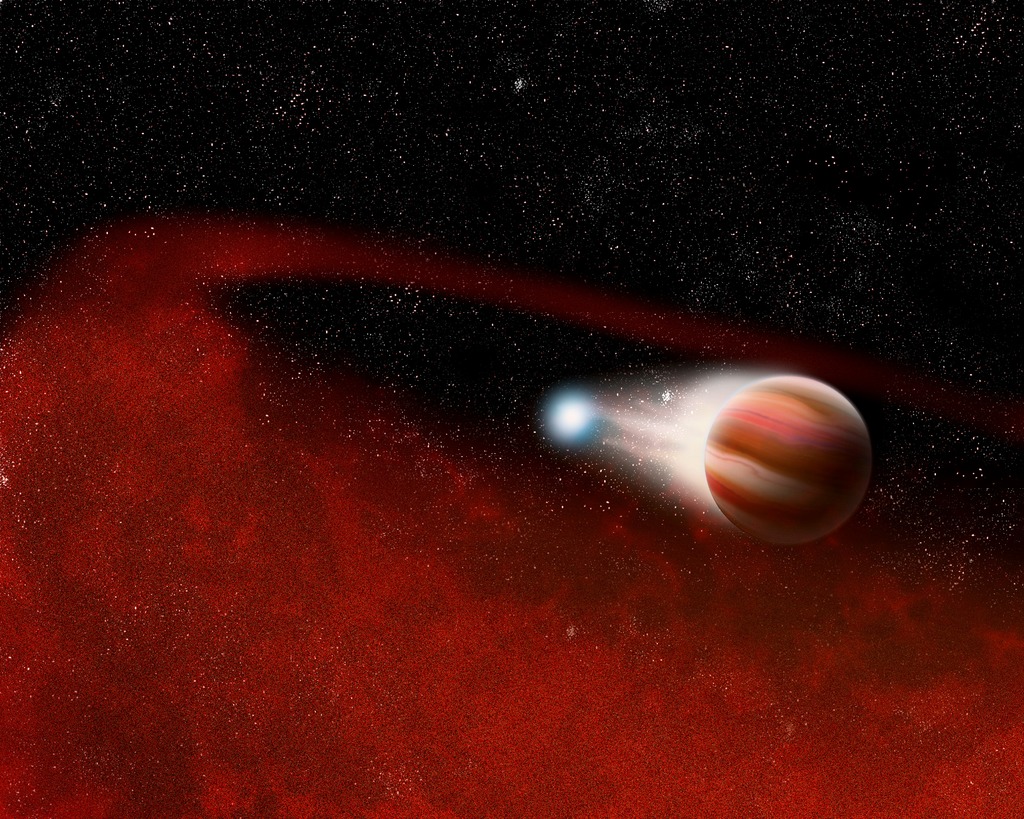 This artist concept shows a debris disk that has been observed around an unusual class of interacting binary stars. The type of cataclysmic variable system being studied consists of a highly magnetic white dwarf star (a "dead" remnant star formed from the core of a star like our Sun when it exhausts the available fuel to support nuclear fusion) and a very low-mass, cool object similar to a brown dwarf. The two objects orbit so closely -- about the distance from Earth to the Moon -- that they make a complete revolution about each other in only 80-90 minutes. The white dwarf is Earth-sized but weighs about 60 percent of the mass of the Sun, while the companion star is Jupiter-sized but has about 40-50 times the mass of Jupiter.