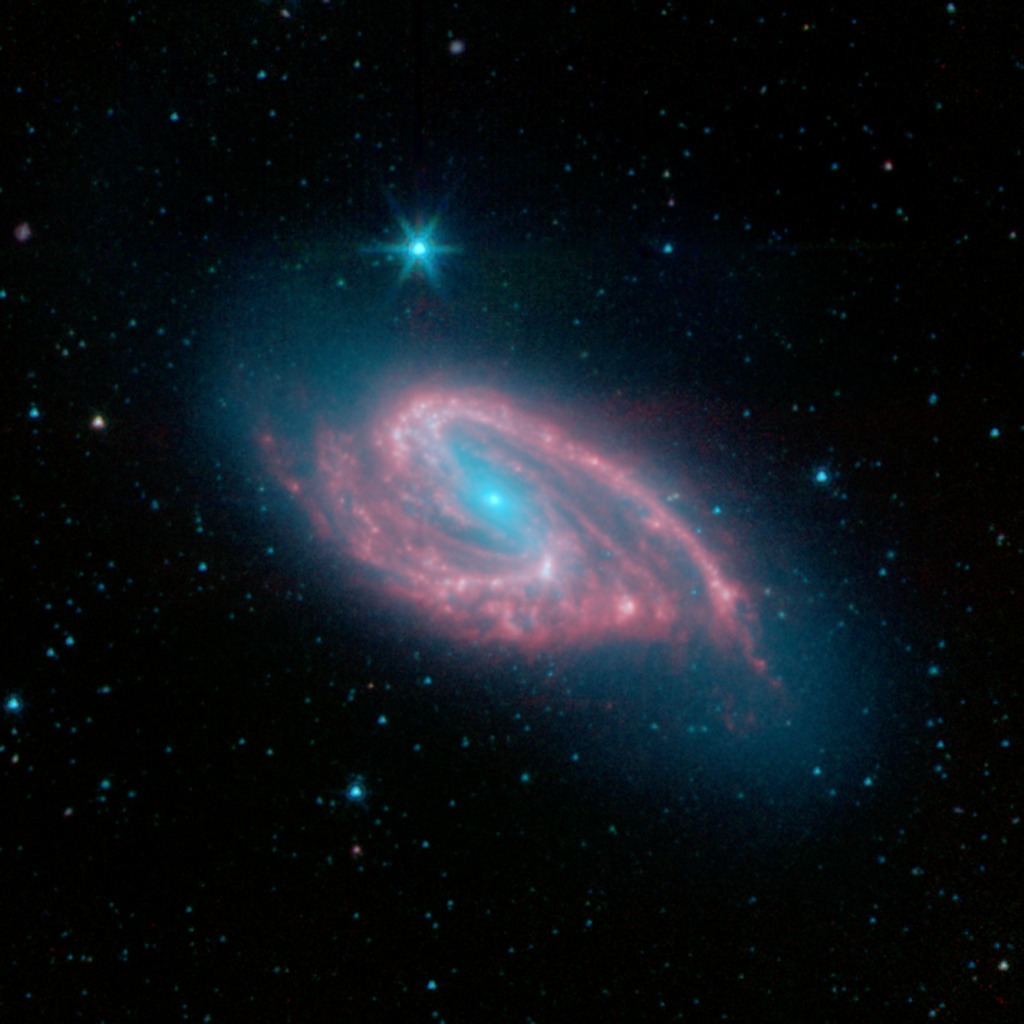 NGC 3627 is estimated to be 30 million light-years distant and seen towards the constellation Leo. Astronomers suspect that the galaxy's distorted shape is due to its ongoing gravitational interactions with its neighbors Messier 65 and NGC 3628. NGC 3627 is another brilliant example of a barred spiral galaxy, the most common type of disk galaxy in the local Universe. Its blue core and bar-like structure illustrates a concentration of older stars. While the bar seems devoid of star formation, the bar ends are bright red and actively forming stars. A barred spiral offers an exquisite laboratory for star formation because it contains many different environments with varying levels of star-formation activity, e.g., nucleus, rings, bar, the bar ends and spiral arms.