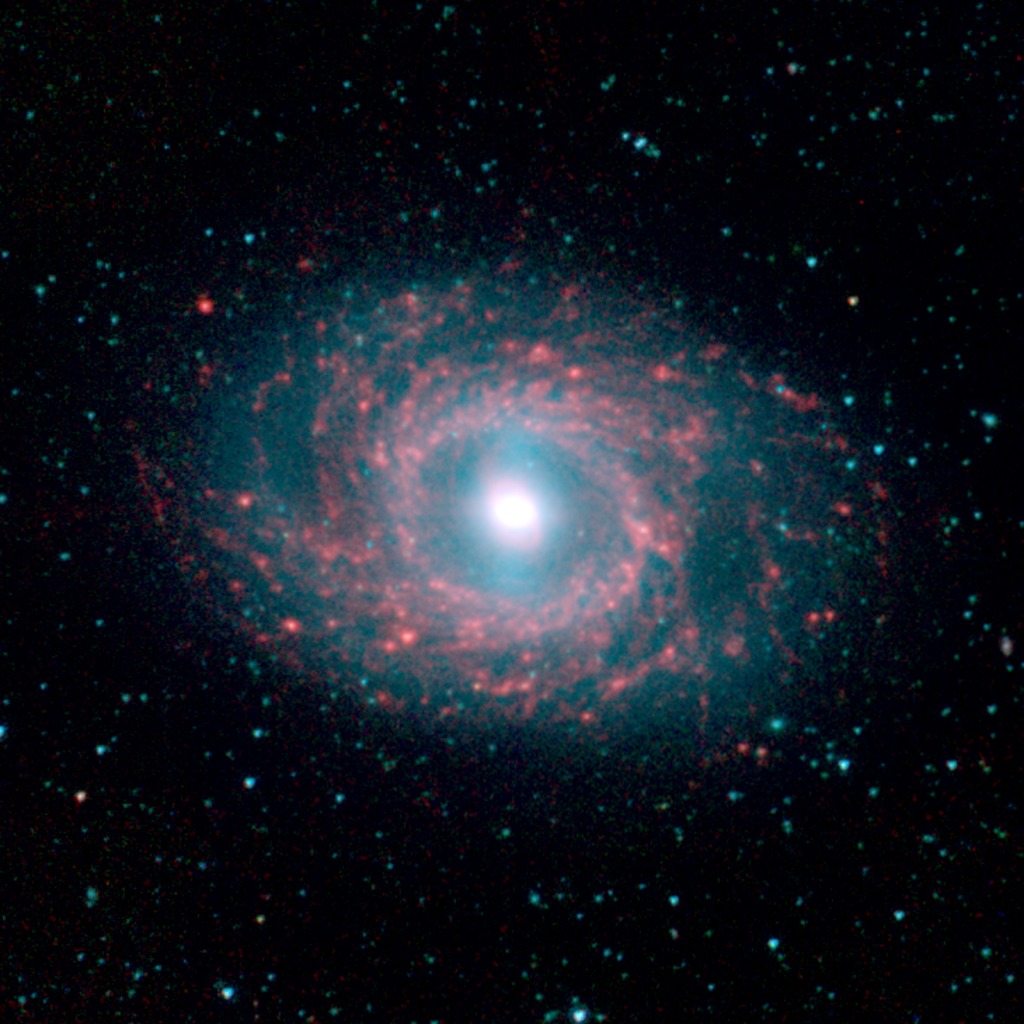 This image of galaxy NGC 3351, located approximately 30 million light-years away in the constellation Leo was captured by the Spitzer Infrared Nearby Galaxy Survey (SINGS) Legacy Project using the telescope's Infrared Array Camera (IRAC).

The remarkable galaxy is graced with beautiful "rings" of star formation as seen at the longer (red) wavelengths, pierced by a massive bar-like stellar structure (blue light) that extends from the nucleus to the ringed disk.