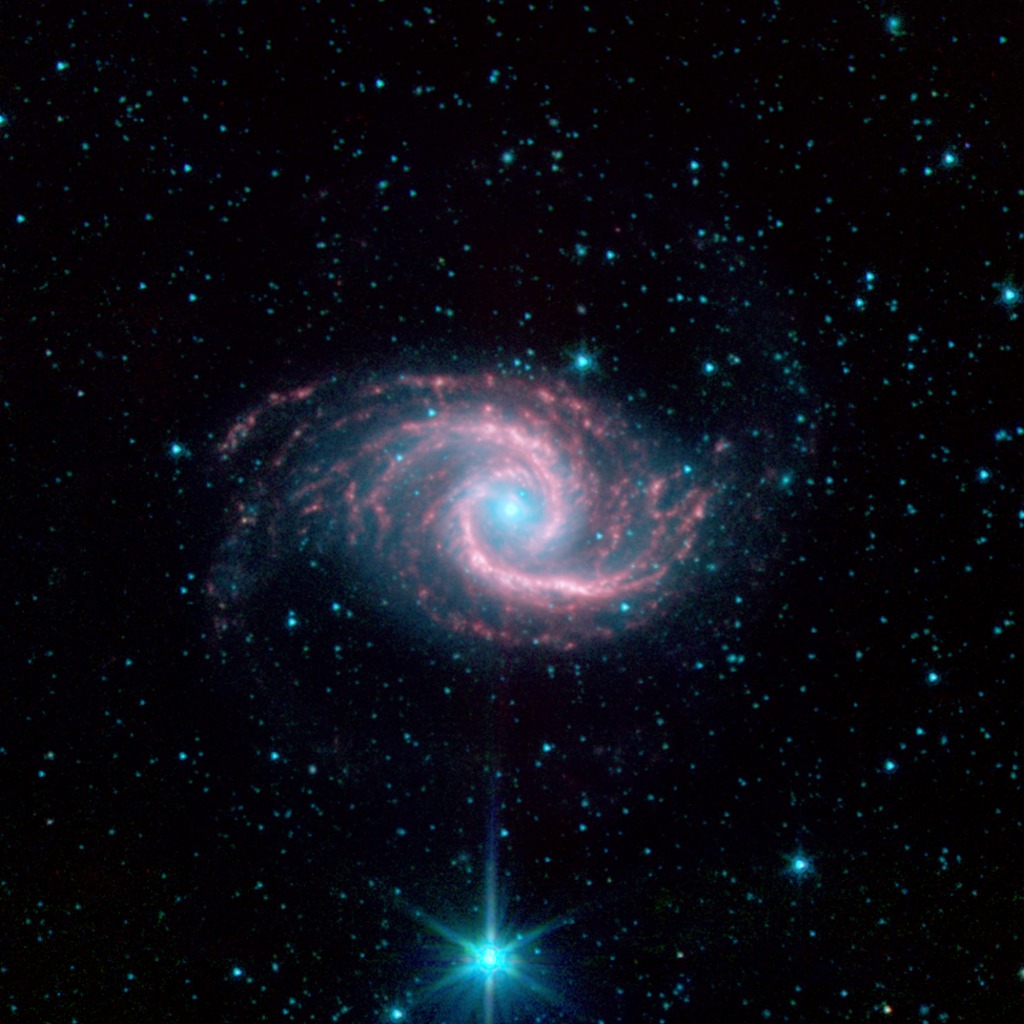 The faint blue light is coming from mature stars, while the "glowing" red spiral arms indicate active star formation and dust emission. Much of the active star formation is seen in the two symmetric arms that are reminiscent of other grand design spirals such as the Whirlpool galaxy. The small and very luminous blue nucleus suggests that this is a Seyfert galaxy (a galaxy that is actively emitting radiation from a very small region in its core).