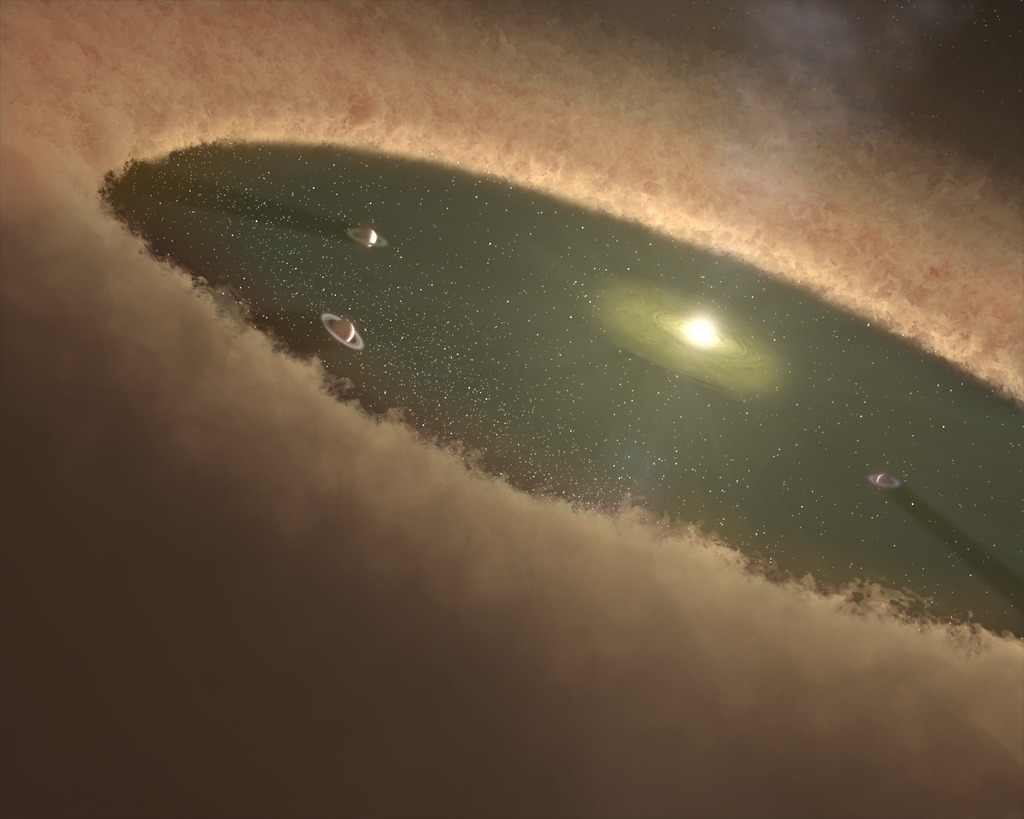 Astronomers using NASA's Spitzer Space Telescope have gathered the most detailed data yet on a gap in a protoplanetary, or planet-forming, disk surrounding a young star.

This artist's concept illustrates one interpretation of the data, which attributes the disk gap to planet formation. At the center lies a young star that is pulling in material from an inner disk of dust and gas. The gap between this inner disk and the thick outer disk is believed to be occupied by developing gas giant planets. The putative planets prevent the outer disk material from naturally falling in toward the star, thereby creating the gap.

The inner disk is roughly the size of our inner solar system, or the distance between the Sun and Jupiter. The gap would span orbits equivalent to those of Jupiter and Saturn. The Saturn-like rings around the planets hint that they are very young and still surrounded by debris left over from their own formation. (Note: the planets in this illustration are exaggerated in size.)

At the edges of the solar system, the thick disk is expected to coalesce into asteroids, comets and possibly more planets. The bipolar flow, or dim jets of material, shooting out of the star's north and south poles, is a characteristic typical of young stars that are not yet fully formed.