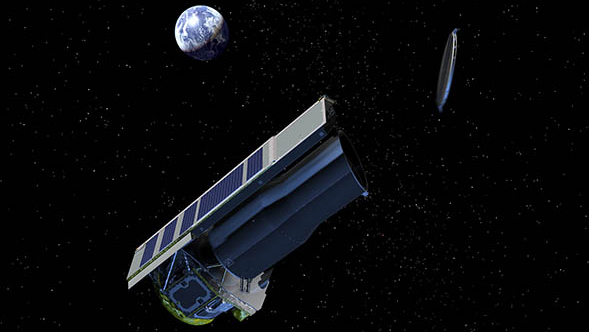 Spitzer was my job for seven years, and has been an important part of my research for much longer. I even met my wife through Spitzer, though that is another story.

The part of the mission that made the biggest impression on me though was the first three months of the mission: the “in-orbit checkout.” The limited available cryogen used to cool Spitzer’s instruments meant the observatory and all its modes of operation needed to be tested in the shortest time feasible. Although, to some extent, the instruments could be tested on the ground, the combination of instruments, telescope optics, and the observing and data collection and downlink system could not be tested together until the telescope was in space, way beyond our help should anything go badly wrong. As Spitzer was in orbit around the Sun, trailing the Earth, there was no way to send up a crewed mission up to fix a serious problem as had been the case with Hubble.

We had a plan, and a set of test observations to carry out and analyze over a three-month period. The mission scientists all had assigned tasks within that plan (for example, I was part of the team checking out the IRAC instrument, and was in charge of checking out the observing sequences), but we all helped with different aspects of the testing as needed.

Needless to say, those were an intensive three months. The whole process was made much more bearable for us by the excellent team spirit that existed at the Spitzer Science Center and between the Science Center’s IRAC team and the IRAC instrument team in Boston. During the most intense phases of the checkout that we would adjourn to a colleague’s office at 5pm for a beverage (a shot of gin with a hint of vermouth), before often continuing to work on the test data well into the evening. The friendships made during those months have remained long after I left the Spitzer Science Center.

Despite the very tight schedule, we made it through the checkout with the telescope and observing modes successfully commissioned. The minor problems we found with IRAC were fixed with workarounds, and the IRAC instrument has continued to perform almost flawlessly for 16 years (I got my most recent data from it last August). Since then, while working on other projects, the magnitude of what we managed to achieve in that short amount of time has slowly sunk in. It would seem impossible now to commission such a complex observatory in such a short time, but somehow, thanks to good planning and excellent teamwork, we managed it. A plot of magnitude (the brightness of an object; decreasing from left to right) against its color in the infrared (with redder objects having higher values). The patterns in the plot are real (not noise) and show where stars and galaxies at different distances clump together in color and brightness. The 2.35 million objects are from the Spitzer DeepDrill project, which surveys a sky area equivalent to about 100 full moons. 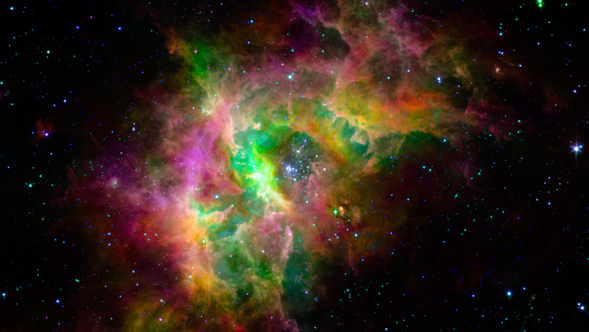 Bitten by the Spitzer Bug: Covering Spitzer News Is The Coolest Job in LA 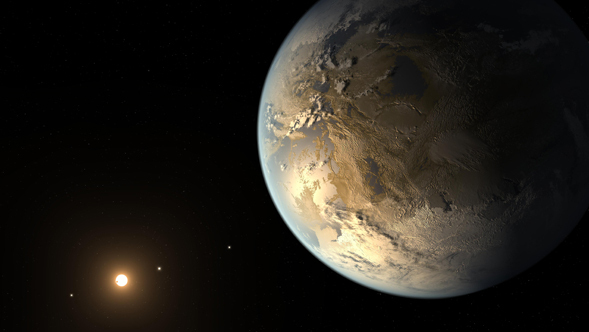 Space Was Her Second Act: As Spitzer Takes Its Final Bow, Astronomer and Actress Aomawa Shields Thanks Spitzer For Her Big Break.