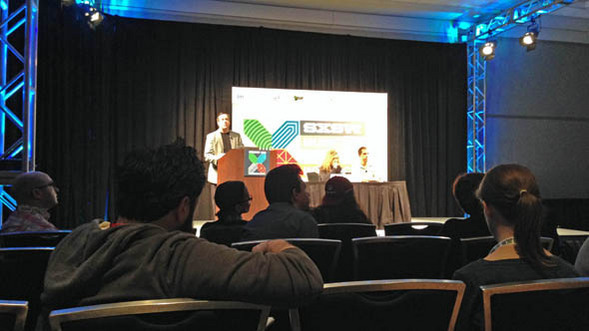 Where do you go to reach thousands of people from all walks of life who would love to find out more about what NASA is doing in the areas of astronomy, planetary science, and manned spaceflight? You might want to spend a week in Austin at SXSW!

South by Southwest, or SXSW, is a combined music/film/interactive festival that draws tens of thousands of participants from across the world to take over pretty much all of downtown Austin, Texas for the better part of 2 weeks. This year NASA had a large exhibit space in the interactive trade show, easy to find under the giant inflated Earth sphere in the corner of the event space.

Personally I had a fascinating time taking this all in for the first time this year. My official reason to go was to participate in the “Astrophysics Goes to Hollywood: Cinematic Science” panel along with my colleagues Donna Cox (NCSA) and Frank Summers (STScI). It was a great venue for discussing the various aspects of how we use science visualizations to engage the public. My focus was how we develop artwork to help explain Spitzer science results, and together we all discussed how we collaborated to produce visuals for the Hubble 3D IMAX film (which will be rereleased this April in honor of Hubble’s 25th anniversary).

We also had the chance to attend a public screening of Hubble 3D in Austin and field questions from the audience at a panel discussion afterwards, which included John Grunsfeld, one of the shuttle astronauts on Hubble’s final servicing mission, which was the subject of the film.

Otherwise it was fantastic to have the opportunity to engage so many people visiting the NASA booth who wanted to find out more about what’s happening in astronomy. About half the exhibit was devoted to manned spaceflight and upcoming initiatives, while the other section was split between JPL’s planetary mission displays and the astrophysics of the Hubble and upcoming James Webb Space Telescope missions.

Of course JWST will be the next big thing for NASA, and it will combine the infrared wavelength coverage of Spitzer with a huge mirror allowing for near Hubble-quality resolution; indeed a worthy successor to both missions!

I may be biased, but it seemed to me that the astrophysics section got the most excitement from the public, due in no small part to the many astronomers on hand from Hubble and JWST to really explain the science of these missions and field questions at all levels of engagement. Whenever I had time I made sure to participate at the giant touch-screen display running WorldWide Telescope and high resolution image galleries.

It’s hard to judge overall impact at events like this, but I must note that no matter where I went in downtown Austin last week I could see people carrying NASA bags pretty much everywhere I looked. That reads as a successful week to me! 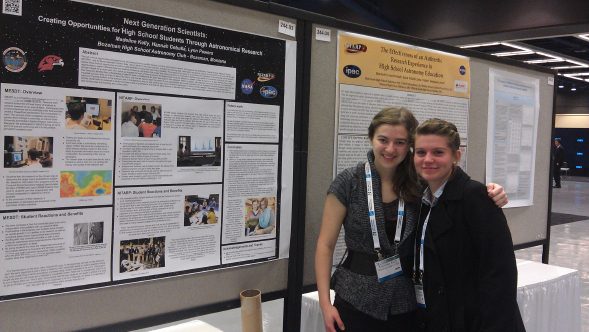 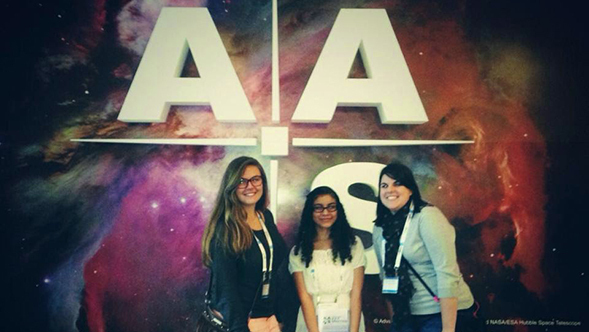