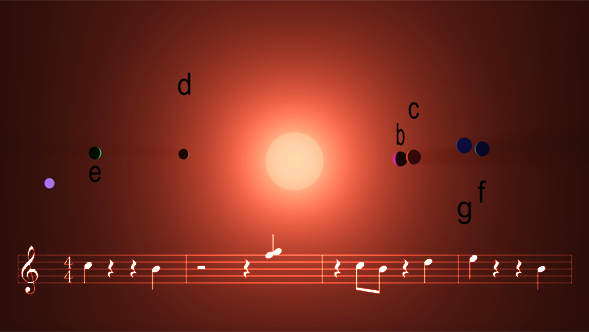 I am one of the artists that develops education & public outreach multimedia for NASA's Spitzer Space Telescope. Whenever Spitzer data contributes to an exciting new discovery, we look for the best ways to explain it to the general public. Sometimes that means creating a public-friendly diagram from the data. Other times it might mean producing an artist concept that illustrates the discovery. Or a video explaining the scientific process behind it.

In the case of one recent news story, it meant creating music from exoplanets:

This is the TRAPPIST-1 planetary system. Spitzer observed this system for a period of 500 almost-unbroken hours in 2016. The animation illustrates what Spitzer observed during that period: seven planets—astronomically named b, c, d e, f, g, h—as they orbited a distant star. The speed of the orbits has been sped up to fit within a one-minute video.

From Spitzer's perspective, the planets could be detected as they transited across the front of the star, periodically blocking a tiny bit of the star's light.

I composed the music based on the timings of these transits. Seven planets. And seven notes in a traditional musical scale. So I accompanied each planet transit with a music note of the same name. A “b” note was played when planet b transited, a “c” note for planet c, all the way up to g. Since there is no “h” note in music, an “a” was played for planet h, which only transited a single time during Spitzer's observations.

What resulted was a one-minute tune that was surprisingly melodic. After adding some simple background instruments and a drum track, the final composition sounds as if the TRAPPIST-1 system was born to create music.

This is not the first time someone has produced music from astronomical data. But I think it's a unique way to experience this exciting discovery. As with all of our public products, it may help make the data underlying the discovery more accessible to a broader audience. The audio track might prove a useful educational tool, especially for those more inclined to learn from audio media, or in situations where visual media cannot be used.

And of course, it provides a possible answer to the question of just how musical a system of seven exoplanets might be! 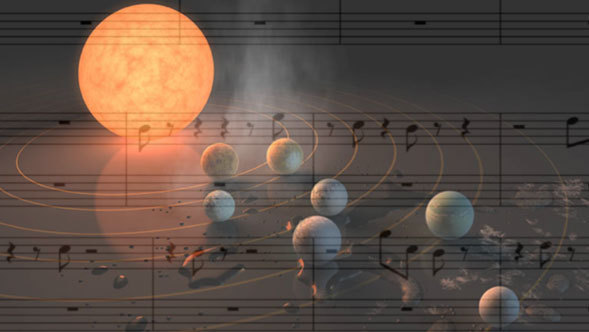 Make your own TRAPPIST-1 Music 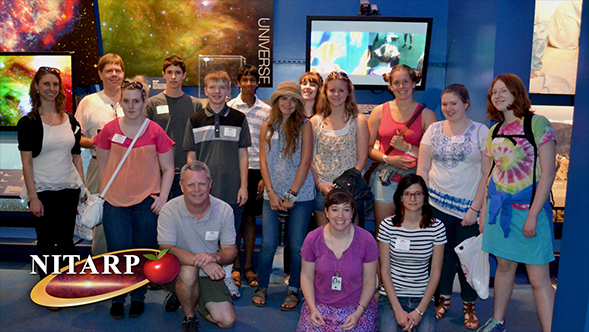