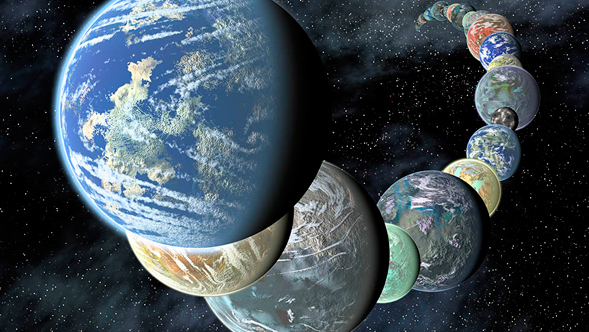 By:  Brittany Kamai A visiting summer graduate student at the Spitzer Science Center, currently in the 2nd year of the Fisk-Vanderbilt Bridge Program in Nashville, TN. Brittany recently attended the 2010 Sagan Summer Workshop at Caltech, on the study of Extrasolar planets. This is her report.

Wow, searching for a tiny planet around another star is pretty hard. I am amazed that people are actually able to do it! The way I understand it, hunting for exoplanets is the equivalent of looking for a firefly in front of a searchlight on the other side of the country. That is crazy! But this is what planet hunters refer to as the "transit method".

Another way to find planets is known as "radial velocity measurements" which measures how much that tiny firefly affects the huge lighthouse. You are probably thinking that is really small and you are absolutely right! There are a few other methods that use very clever ways of finding planets, but I won't go into detail about them.

Luckily, I was recently able to attend the 2010 Sagan Exoplanet Workshop which focused on the stars that host exoplanets, and what physical properties affect our ability to detect planets. This workshop was pretty phenomenal with captivating speakers who geared their presentations to an academic audience. The flow of lectures from one to another was really good at building up our understanding and intuition of stellar properties that are still being explored. We heard from the big names in stellar evolution such as David Soderblom, Wille Torress, Mark Giampapa and John Stauffer (just to name a few), who set the stage for understanding basic properties of stars and how we obtain masses, radii and temperature. Determining fundamental properties of stars is not nearly as easy as one might think! And John Stauffer made sure we never take for granted just how old a star is claimed to be. Determining the ages of the stars that host planets is tricky work, especially for the star age ranges that we are interested in. When we try to narrow down exoplanet formation history, it is going to be critical to know at what age in a star's life will it host an exoplanet.

The next few days were full of interesting information about how a star's variability 'get's in the way' of finding planets. To go back to my spotlight analogy, imagine now your spotlight does not constantly shine bright the entire time you look at it. For some reason the spotlight dims at weird and unpredictable intervals that make it difficult to determine if that tiny firefly is real or something that is true of the spotlight itself. Determining what is happening with the stars and the planets around them requires really good telescopes staring at a star for a long time. Lucky for us Gaspar Bakos and David Ciardi told us how dedicated astronomers use telescopes on the ground as well as in space to perform this experiment. The space-based missions such as CoRoT and Kepler are making it feasible to find these tiny blips in light.

Figuring out what is going on inside stars is a quite tricky business. One cool, cutting-edge technique to figure out what is going on the inside stars is called "astroseismology" which Don Kurtz, Bill Chaplin and Travis Metcalfe did an amazing job of explaining. The way I think of astroseismology is by taking the pulse of a star to determine what its internal structure is. That is really neat and could also provide a good way to determine the age of the star accurately.

We were all quite familiar with the concept that the size of a star determines how bright it is and how long it lives, however there are other processes happening which can effect the evolution of the star. Such processes include how fast it spins and how many elements other than hydrogen and helium it has (don't worry it's a teeny amount). Understanding the behavior of the stars through their life is crucial to figure out how the star might affect the planets near-by. Also the planet or planets around the star could also effect how the star lives. Those pesky fireflies!

At this workshop we also had time to hear about what the other workshop participants were doing. There were short presentations called POPs, which were two-minute presentations about the research that people were currently conducting. I have to admit those were pretty cool since it initiated a quick conversation over coffee and fruit during the breaks. We also had time for getting to know the other participants by going up to the Griffith Observatory and a delicious dinner at Mijares restaurant in Pasadena, CA.

Our workshop wrapped up with Chas Beichman putting into context just how cool science really is. It all starts with a seemingly simple question, "Are we alone in the universe?" and spins the most inquisitive minds to dedicate their lives trying to find out. The types of intellectual and technological advances that have spawned because of this curious pursuit is beyond the space I have for this article. There is quite a future in science in searching for exoplanets and the stars that host them, so maybe one day we will find out the answer to that question. But we all know that there will be many more questions that will quickly follow. No one said this would be easy but it is pretty fun!

Thank you for reading :) 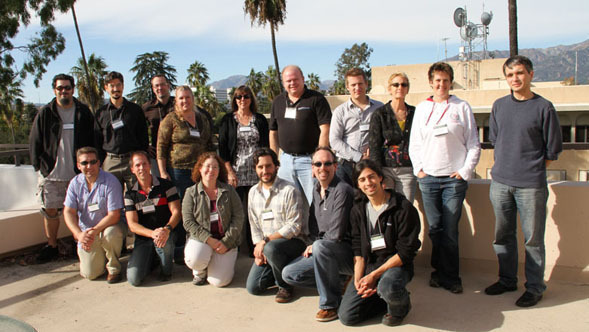 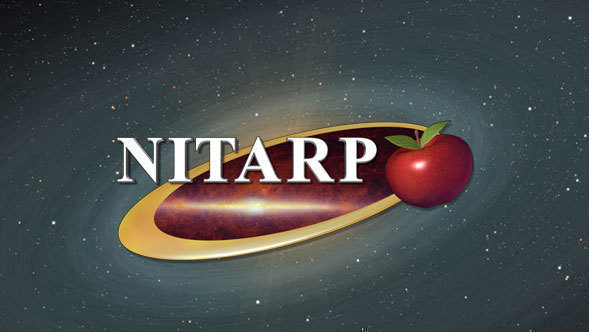